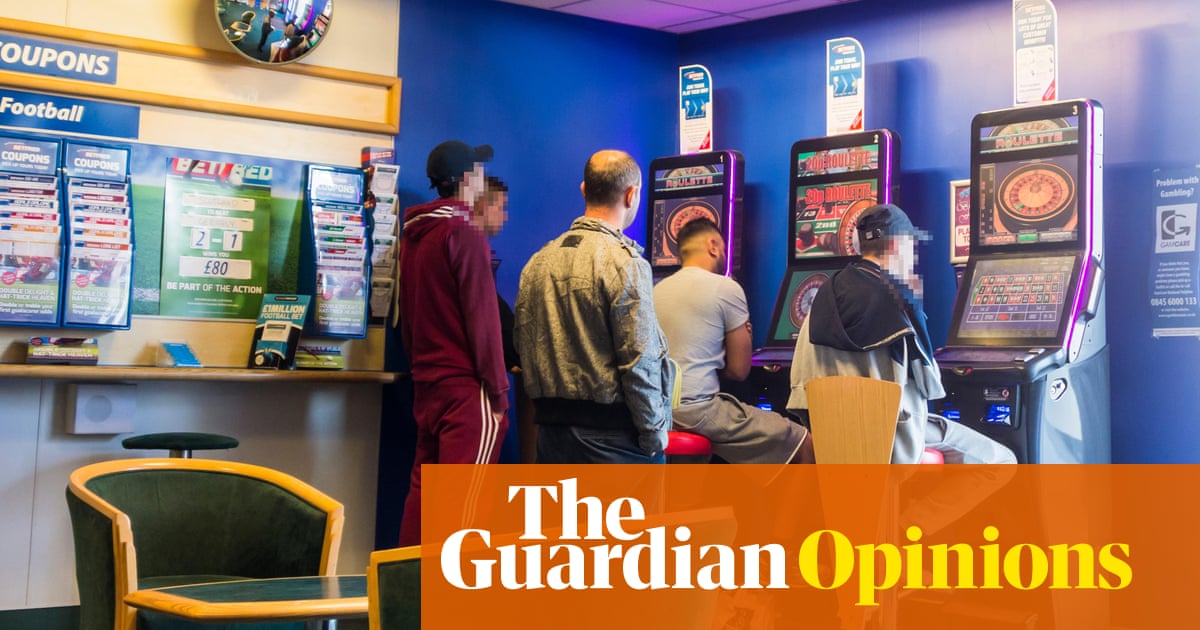 Britain need not be a nation of gamblers. We have to rein in this industry

Massive profits are extracted from society’s most vulnerable. But the review of the gambling act will reinforce the status quo

Gambling takes a remarkable toll on society. In England alone, the cost of dealing with the social harms it causes (such as joblessness, debt, and health-related problems) is more than £1.2bn, and that’s a conservative estimate. On top of that, gamblers in Great Britain lose about £14bn every year to the industry, and people who are most socially and economically deprived are more likely to be affected.

These figures come from a comprehensive review of gambling harms published by Public Health England (PHE). The sums involved are astonishing, and reinforce both the need to think carefully about gambling and how it’s promoted and about who should bear the costs of the damage it does. While the government has started to consider this in its review of the 2005 Gambling Act, the frame of reference – aiming to simultaneously protect the public while ensuring that the gambling sector continues to thrive – arguably reinforces the status quo.

Is it possible to protect the public while also ensuring that the industry continues to provide jobs, contributes to the economy and to grow? Gambling’s current business model suggests not. There is growing evidence that it has an unhealthy reliance on those harmed for a substantial portion of its profits. Research carried out over a three-month period showed that 40% of spending on online sports betting was generated by the 15% of those classified as moderate risk or problem gamblers. A large-scale study of bank transactions found that 1% of gamblers spend 58% of their income on betting and suffer a range of financial, health and personal problems.

Ethical issues aside, an industry that derives substantial profits from those harmed, or at risk of harm, does not demonstrate the sustainability on which a healthy economic model is based. Instead, it seems to rest on a degree of exploitation of the very consumers that governments and regulators should be seeking to protect.

The government should include alternative legal, economic and commercial practices that can protect the public within the remit of its review.

Contrary to popular belief, we are not actually a nation of gamblers. Less than half the population gamble on anything beyond the national lottery, and even fewer do so regularly. Aggressive advertising and marketing are therefore a direct result of multi-billion-pound gambling companies needing to draw from a relatively small pool of potential customers.

It is important to remember that Britain’s gambling market was not always like this. Before 2007, when the Gambling Act was fully enacted, gambling in Britain was tolerated but not promoted. The act changed this, positioning gambling as a valid leisure activity that could be promoted – something the industry embraced with gusto. The last 14 years have been an experiment with free-market economic policies and priorities that have done little to protect the public from harm and, as the PHE report shows, have generated significant social costs at a time when we are poorly equipped to bear them.

It is time to ask whether an industry that contributes to the economy by the potential exploitation of vulnerable people, and reinforces existing inequalities, is the kind of economic contribution we want. Maybe there is another way – in which the industry sacrifices its profits by removing aggressive advertising and marketing, and focuses on providing safer products, potentially becoming more sustainable by doing so.

But this is the debate we should be having. The economic harm to society caused by gambling underlines why we should do this now.