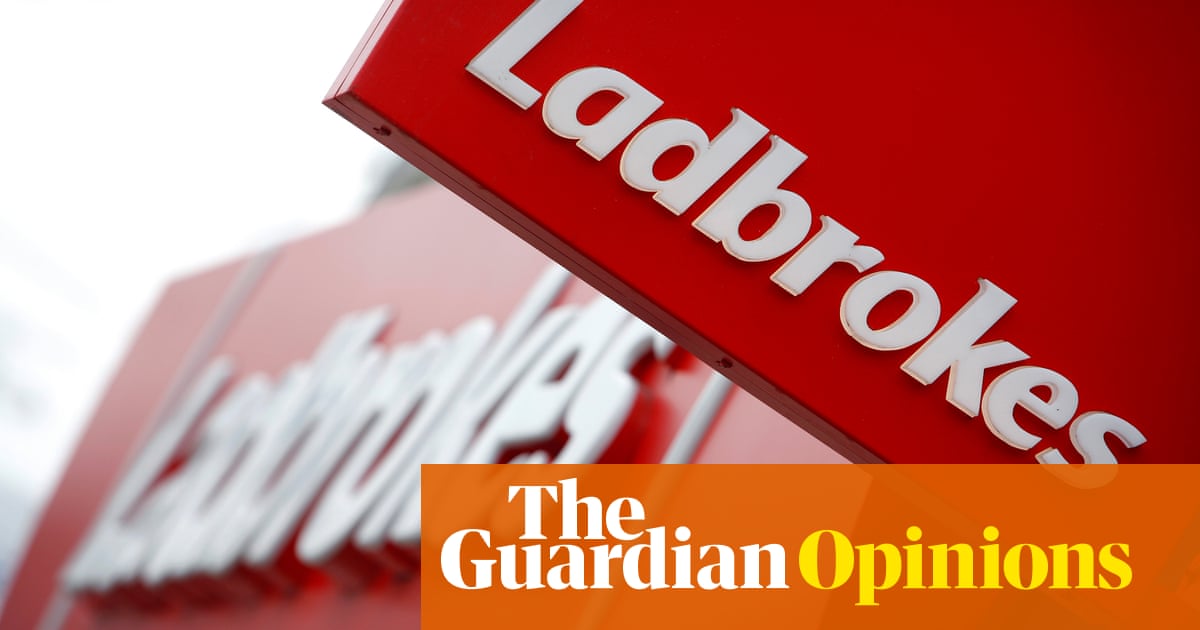 Ladbrokes owner bet big that it was undervalued. It won … big

The stock market bargain during the wild pandemic trading of March 2020, it turns out, was the owner of antique betting chains Ladbrokes and Coral. In the middle of that month, the share price more than halved in a week and briefly fell as low as 300p. Now Entain, as owner GVC subsequently renamed itself, may be looking at a bid of £25 a share or thereabouts, equivalent to £14.6bn.

Naturally the appeal of Entain at that price has little do with its 3,000 old-school bookies. The buzz is all in the US, where liberalisation of gambling laws has provoked a deal-making frenzy. DraftKings, the US suitor, comes armed with a roaring stock price and is determined to spend to grab market share.

MGM Resorts, Entain’s US joint venture partner, had a pop at £13.83 a share, or £8.1bn, in January this year and the Isle of Man-based company batted that all-share offer away with the usual line about a “significant undervaluation”. Chairman Barry Gibson will have proved his point in spades if DraftKings steps up with terms that are 80% better.

If it does, the trick will be to entice MGM back to the table, thereby creating competitive tension. Or, indeed, Entain could try to convince its shareholders to back independence a second time (probably harder).

To UK eyes, it still seems astonishing that two UK-listed companies – Flutter, owner of Paddy Power, is the other – have manoeuvred themselves into pole position in what, almost certainly, will become the world’s biggest legal betting market. The explanation that UK gambling technology, honed during the online revolution at home, is simply slicker than US versions seemed simplistic. Share prices say it must be true.

Stagecoach takes the back seat

The last time National Express and Stagecoach talked about a corporate combo, the tyre was on the other wheel. Back in 2009, in the midst of crisis at National Express, Stagecoach proposed a deal in which its shareholders would have emerged with 60% of the whole.

In the latest proposal – this time likely to complete – National Express is ushering Stagecoach’s investors to the back seat with a stake of only 25%. It would be a limp goodbye to the firm founded 40 years ago by siblings Sir Brian Souter and Dame Ann Gloag. Stagecoach is being valued at roughly £450m and the takeover premium of only 18% is nothing to shout about.

The Stagecoach crew managed to sing the joint boardroom refrain about “a strategically compelling proposition”, but alternative options evaporated a while ago. The loss of the 90%-owned Virgin Trains east coast operation in 2018 – as result of Stagecoach’s over-bidding and the equally crazy railway franchising set-up at the time – was the pivotal moment. When Stagecoach also failed to retain the west coast line, a full exit from rail beckoned. Covid then hit the core bus business hard.

Souter and Gloag signalled in April their intention to sell their combined 25% holding over the next decade, which was as good as hoisting a “for sale” sign. Combining with National Express does indeed make sense in shrunken circumstances, though the Competition and Markets Authority will surely insist that Stagecoach’s Megabus operation is sold to a third party. It is the only serious national rival to National Express’s coaches in the UK.

At a push, one could say National Express’ interests in Spain and the US qualify for the “compelling” description. But it is hard to believe Souter and Gloag thought a few years ago that the end of the road would arrive in this low-key style.

The last time gas prices were this frantic was February 2018 during the “beast from the east” cold snap. Prices in the day-ahead market reached 230 pence per therm, which seemed extraordinary at the time because the average during a “normal” winter tends to be 30-40 pence. But, critically, the price spike only lasted a couple of days.

The astonishing aspect of the current crunch is that elevated levels extend to delivery contracts throughout the winter. Here are Tuesday’s monthly contract prices for October to next March, as supplied by commodity data specialist ICIS: 186 pence; 191 pence; 193 pence; 191 pence; 190 pence; 178 pence.

A lot can happen between now and next March, of course. Commodity prices can move quickly – in both directions – and there’s nothing like high prices to incentivise producers to ramp up supply. But those figures are the surest sign that this episode, and the crisis for government, is unlikely to pass quickly.

Funny Poker Drama #shorts
DOUBLING UP on the TOP-UP Bonus 🎰 MINOR Progressive Win
Poker comment gets OUT OF HAND 🥴 #Shorts
Learn Blackjack table rules (S1L2 – The Blackjack Academy)
FROM $1,000 TO $20,000 ON ONLINE BLACKJACK