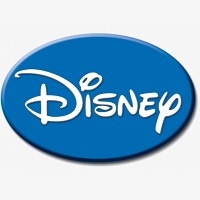 Disney sports betting? Really? After the company has spent millions of dollars and countless years fighting gambling expansion as much as possible? What’s with the change of direction? And why would a company so suddenly change course? And in other news, the Cosmopolitan Casino on the Las Vegas Strip has a new owner… of sorts

We’ve been spending a lot of time over the past several weeks discussing sports betting, what with the kickoff of the NFL season and all. And this week we’re talking about Disney sports betting! Disney? Yes! This week’s big story involves a bit of a head-scratching headline, as it seems Disney believes it’s time for them to get aggressive with their approach to sports betting… which is odd considering that they’ve been fighting gambling expansion on every front, and at every level, for the past decade!

A simple Google search from years gone past will reveal story after story after story of Disney’s opposition to gambling, if you scroll back far enough. The company has spent millions and millions and millions of dollars fighting gambling expansion, and as recently as 2019 their CEO said that gambling was not something Disney would be involved with. However (and there’s usually a however), things are changing in America now, and Mickey Mouse wants in the game! But how did we go from this head-scratching headline to where we are now? What could have changed?

This mystery can easily be solved with yet another headline, in which Disney says they are now ready to fully embrace sports betting and gambling. And since they own ESPN, why not create an ESPN sports book? A deal that could be worth $3 billion! Hey, a Mouse has got to eat! Now a Google search will bring up some much different headlines than in years gone past, as the same people who brought us Bambi, Dumbo, and the Little Mermaid look for a piece of the action, even going so far as to say that sports betting is the future of ESPN! So you see, Disney sports betting makes perfect sense! Moral objections only go so far, and in the case of Disney they went about to $3 billion. Because at the end of the day, my friends, it’s all about them Benjamins!

This week we have a couple of real jokers when it comes to our brand new game reviews. First up it’s Joyful Joker Megaways from Microgaming. It comes with a wheel feature, six cascading reels, and over 117,600 pay lines! Next up it’s Fire Joker Freeze from Play’n GO! It has four different wheel bonuses and comes with three reels, five pay lines, and features both wilds and expanding wilds! Both reviews are live right now on our YouTube channel!

And finally this week MGM just purchased the Cosmo for $1.6 billion… sort of. It seems that MGM really purchased the operational aspect of the casino and the hotel, but the land itself still belongs to the Blackstone Group… at least, that’s how I understand it. In a deal that is admittedly a bit complex and convoluted, MGM did issue the following statement:

MGM Resorts will enter into a 30-year lease agreement with three 10-year renewal options, and will pay an initial rent of $200 million per year, escalating annually at 2% for the first 15 years, and the greater of 2% or the CPI increase capped at 3%, thereafter… which represents a multiple of approximately eight times adjusted earnings before interest taxes, depreciation, and amortization, inclusive of expected operational synergies and identified revenue growth opportunities… I mean my friends, you can’t put it any simpler than that!