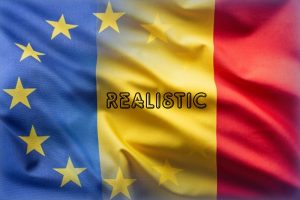 UK-based online casino games developer Realistic Games is set to expand into a new market as part of its strategy to increase its regulated presence.

The studio announced on Tuesday that it has obtained a license from the Romanian National Gambling Office (ONJN) to offer its ever-growing library of titles to Romania-facing gambling operators.

Formed in 2002, Realistic Games has established itself as a leading supplier of innovative and high-quality content for the iGaming industry. The company specializes in the design and development of engaging table games such as blackjack, baccarat, and roulette, along with three- and five-reel online slots.

All its products are hosted on the ReGaL games platform which provides partners with easy access to them. Realistic Games was originally focused on delivering its titles to UK-licensed operators, but has expanded significantly its presence across a number of other territories over the past several years.

Its games can be found in the lobbies of leading online casino operators and their brands, including BetVictor, Entain, 888casino, and LeoVegas, among others, and across a host of markets.

The studio has also penned a series of aggregation partnerships with leading platform providers, including SG Digital, Microgaming, Playtech, ORYX Gaming, and more, to gain further exposure in the iGaming space.

Commenting on their newly granted Romanian license, Realistic Games Commercial Director Robert Lee said that being granted a permit to provide their content in Romania “is an important milestone” for them as they continue on their growth strategy to bring innovative new titles to regulated markets.

Mr. Lee went on to note that Romania is a “thriving region and one of the most active in Southern Europe.”

The studio’s Commercial Director further pointed out that they are set to announce a string of partnerships with Romania-licensed operators in due course as they make their mark in the country.

Realistic Games’ recent accreditation by the Romanian regulator will help the company further extend its regulated footprint. The company also holds licenses to provide its content to local operators in Sweden, Croatia, Estonia, Latvia, and the UK.

Romania regulated its online gambling space in the summer of 2016. The nation’s market has experienced a continued growth since the first locally licensed online casinos and sports betting websites were launched.