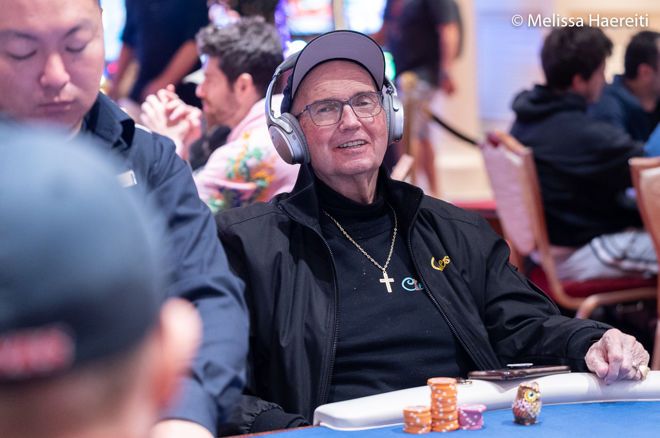 Here’s a look at some highlights of big and interesting hands caught in the PokerNews live updates.

turn gave McClelland the flush and the

river improved his hand to a Royal Flush!

Bicknell check-raised to 87,411 after Welch continued for 32,000 and Welch called bringing the

Bicknell led out for 84,225 and Welch called to see the

complete the board on the river. Bicknell continued with her aggression and moved all-in for 259,652 and once again Welch called.

for a missed gutshot while Welch Showed

Montes Bubbles With a Set of Nines

turn kept Montes alive drawing to the case nine but the

river ended his tournament on the money bubble.

Click here to see who won the WSOP bracelet in this event!

Action folded around to the big blind, where Jim Erickson three-bet to a covering amount of 2 million. Utley called all in for 800,000 and Heald immediately called behind for 960,000 to put more than 2.5 million up for grabs between the three players.

completed the runout and both pots were sent his way, eliminating Utley in 18th place for $8.896 in the process.

Aces vs. Kings vs. Big Slick at MSPT Riverside

to bring his elimination as Estes tripled and Smith took the side pot, roughly breaking even on the hand in the process. Calverley was eliminated in 13th place for $10,783.

#MarcoLuck for Marco’s Birthday!🎂 Double Jackpots ‼️💰 Margaritaville Bossier City
A Roulette System that anyone can play
WOULD YOU CALL OR FOLD? #Shorts
⫷ MIRACULOUS MASSIVE JACKPOT⫸ $62/BET
FROM $1,000 TO $20,000 ON ONLINE BLACKJACK