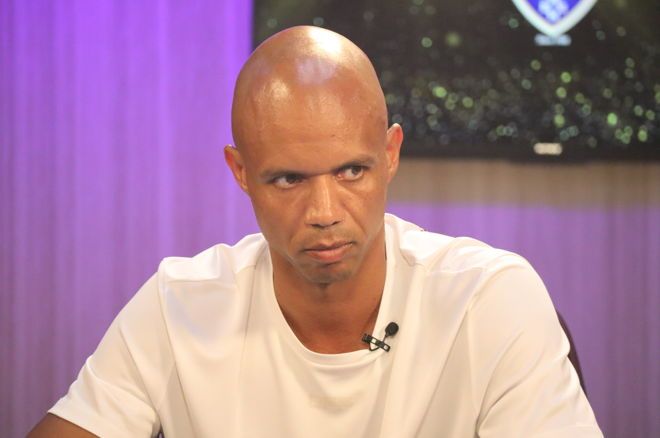 After finishing runner-up to Johan Guilbert in Event #2, Bedir topped a 52-player field to win $832,000, the biggest cash of his career. That brings his combined cashes this festival to almost $1.2 million, more than any other player.

Saman Nakhjavani continued his strong SHRB Europe performance with another final table, taking home a career-best $364,000 for his third-place finish.

This event saw five players making their second final table of the festival, including Danny Tang. After coming into Event #3 as the chip leader he started this final table as the short stack and was the first elimination at the hands of overnight chip leader Selahaddin Bedir.

Phil Ivey was the only one of these five to have won a SHRB Europe title, and after doubling up earlier through Bedir, the pair continued to battle each other for the chip lead.

Three Americans made the final table, with Seth Davies the first to fall at the hands of Jake Schindler. Schindler had shoved pre-flop with sixes against Davies’ ace-queen, and even though Davies flopped an ace, Schindler rivered a set to eliminate his compatriot.

Bedir still held the chip lead, and strengthened his position with the elimination of Albert Daher in fifth. Schindler briefly took a spell in the lead before Bedir wrestled back control.

With Nakhjavani growing ever shorter, four-handed ICM pressure saw Bedir shoving pre-flop to put maximum pressure eon his opponent. This told for Schindler, who called it off blind on blind with ace-queen, only for Bedir to flop a set and eliminate Bedir. Nakhjavani was eliminated the following hand, and Bedir took a strong chip lead into heads-up play.

After the opening exchanges between Bedir and Ivey, where Ivey doubled through his Turkish opponent, it seemed almost inevitable that the tournament would end up between the two. Bedir held a strong chip lead and seemed set to force the action, shoving on Ivey in the hope of coming out on top.

On the second of these occasions, Ivey called but received no help on the runout with Bedir securing the first live poker title of his career.

Still to Come at the Super High Roller Bowl Europe

We will also be bringing you live updates on all remaining events from the Merit Casino in Cyprus, including the $250,000 buy-in Super High Roller Bowl Europe.