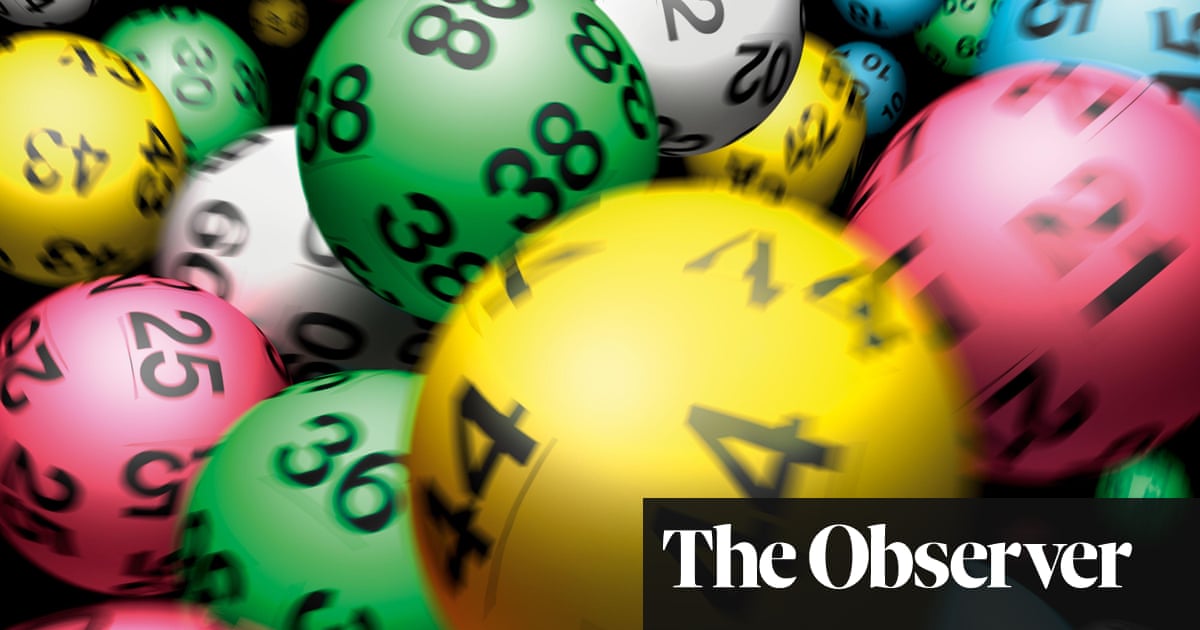 Camelot has run the game since it was launched, but as licence renewal looms, its high-profit formula is under renewed fire

Schoolchildren would mimic its famous advertising campaign, featuring the finger of fate emerging from the heavens to choose a lucky winner, booming: “It could be you.”

After 27 years, the novelty and razzmatazz has dulled somewhat. About 60% of UK adults still play but increasingly do so in more quiet, solitary ways, engrossed in one of 21 “instant-win” games on their phones.

Spending caps allow users of the national lottery’s app to splurge up to £350 a week – £18,200 a year – on captivating casino-style features that end, for the most part, with a different slogan: “Better luck next time”. The limit is 75 games a day.

This migration, from simple draw-based games to a dizzying array of scratchcards and rapid-fire apps, is at the heart of a growing controversy over the future of the lottery.

This week, interested parties will be finishing off their submissions to an inquiry into the lottery’s future, launched by MPs on the digital, culture, media and sport (DCMS) select committee.

Their intervention is already proving controversial: it comes with the Gambling Commission in the midst of a twice-delayed competition process to decide who will run the next national lottery licence, a 10-year contract due to start in 2024.

Camelot, the company owned by the Ontario Teachers’ Pension Plan – a giant Canadian investment fund – has won all three licence competitions to date but appears to be at greater risk than ever before of losing the gig.

With a quartet of complex bids to analyse, the Gambling Commission’s interim boss, Andrew Rhodes, wrote to the DCMS select committee’s chair, Julian Knight, advising him that the MPs had chosen an inopportune moment to launch their probe. The licence competition was governed by strict confidentiality rules, he pointed out, making it difficult for anyone involved to give evidence in public.

Knight responded in the strongest terms, warning that the commission’s reluctance to face MPs “set a dangerous precedent for democracy”.

A rapprochement has since taken place, say sources on both sides of the row, with the commission stressing that it is not refusing to appear, but merely highlighting the difficulty of facing a public grilling about a confidential process.

Nonetheless, the spat underscores the extent to which concern about its direction has brought the national lottery to a crossroads.

At the heart of questions over its future lie hard numbers. Camelot has faced criticism, including from a parliamentary public accounts committee (PAC) report in 2018, that charitable donations have not always risen as fast as profits.

In the first year of the current lottery licence, Camelot booked an after-tax profit of £31.5m after selling £5.45bn of tickets, raising more than £1.5bn for good causes. In the year that so exercised the PAC, 2016-17, Camelot’s profit was more than twice as high at £70m but it raised only a little more for good causes, about £1.6bn.

Since then, Camelot has rebalanced things somewhat. Profits for the year to March 2021 are expected to reach close to £80m but that comes on the back of record sales of £8.37bn, with good-cause money also hitting an all-time high, of £1.85bn.

What matters most, says Camelot, is that the annual sum raised has increased in absolute terms by £350m, while the cumulative total is already more than £43bn.

Yet there’s no denying that the company’s profit as a proportion of ticket sales has crept up, from 0.6% to about 1%. This is partly as a result of the appetite for those compulsive instant-win games and scratchcards. Growth in sales of traditional tickets has been weak since 2010, up from £4.1bn to £4.7bn, despite a bump in the price from £1 to £2. Meanwhile, combined sales of scratchcards and online instant-win games have surged from £1.3bn to £3.36bn.

The percentage of the punter’s stake that goes to good causes is between 28% and 34% for the draws, but just 12% for instant-win and 9% for scratchcards.

The operator says that difference is because a higher proportion of each stake on a scratchcard or instant-win game has to go towards prize money. Unlike a weekly draw, which might make you a millionaire, instant-win products are only attractive to customers if they pay out regularly, even in small sums. More attractive games mean higher sales, and therefore more overall cash for good causes, the company says.

There are other areas of concern about shifting trends in lottery play, however. Instant-win games alone reached sales of £1bn during the pandemic, a source told a national newspaper earlier this year.

This trend has fuelled misgivings about the addiction risk posed by quickfire products, which have more in common with frequently criticised online casino games than they do with a lottery draw.

This is a particular hot topic, coming as it does in the midst of a government review of gambling regulation borne on a wave of public disquiet about addictive products.

“They’re one of the worst for enticing young people into gambling, using the premise that it’s for charity,” said Harris.

She points out that, while the minimum age for playing the national lottery was raised to 18 in April this year, before that Camelot allowed 16-year-olds to open an account to play instant-win games, even as online casino firms imposed age gates to block under-18s. This, she said, had “sullied the brand” of the lottery.

“I hope whoever gets it next has more moral integrity than Camelot,” she said.

“When it comes to encouraging young people to play, they’re no better than any other gambling organisation.”

Camelot points out that age limits are set by government and that it applied the 18+ rating earlier than it was required to. A spokesperson said that “the inherent risk of problem play associated with national lottery products is very low – a fact that is backed up by Gambling Commission and [gamblers’ charity] GamCare data”.

Given the air of secrecy around the licence competition, it’s difficult to pin down what Camelot’s challengers would do differently.

In theory, the contenders aren’t allowed to talk about their plans – one reason why the Gambling Commission is wary of public select committee hearings. In practice, they’re not averse to offering a glimpse behind the curtain.

Some have latched on to concern about instant-win games, professing eagerness to move back towards draw-based play, albeit marketed to a broader base of people in more locations, on more occasions.

One figure involved in the bid process asked: “Why can’t Amazon and Deliveroo sell lottery tickets? Why can’t you pick up a lottery ticket in a Costa or a Starbucks? You’re sitting having a coffee, why wouldn’t you be able to play the lottery then?

“It’s about changing the emphasis away from instant-win to make it less like slot machines and more like fun, such as gifting at Christmas.”

Others say that Camelot has not invested sufficiently in technology, despite the £250m of capital expenditure it has made during the current licence period.

One bidder has a deal with a technology company that would involve replacing the countertop scratchcard cases and lottery ticket booths that you find in supermarkets and convenience stores.

Instead, shops would have electronic terminals that could recognise a lottery player’s phone, pinging them when they got within a certain distance of the terminal with a reminder to play.

It’s unclear how the Gambling Commission, already under pressure over addiction, will view the appeal of phones that nudge you to gamble, or lottery tickets sold alongside cups of tea and coffee.

Final bids must be in by mid-October, with the winner due to be announced in February next year. The finger of fate awaits.