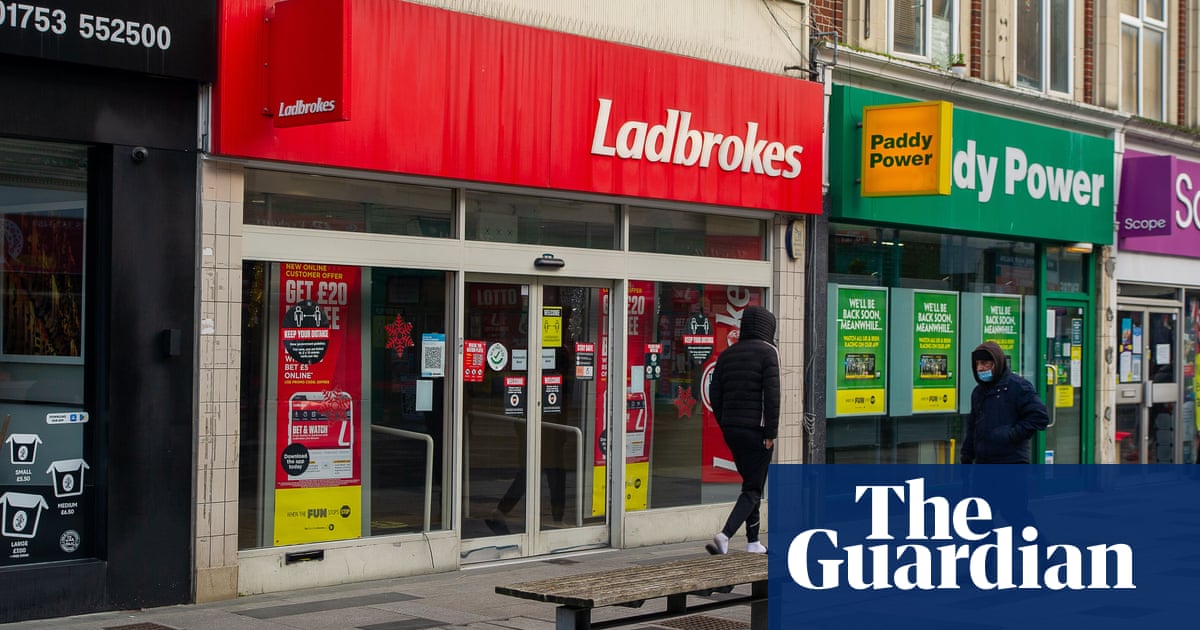 21% of Britain’s gambling outlets are in the poorest tenth of the country, with 2% in the most affluent zones

The UK’s most deprived areas have more than 10 times the number of betting shops than the most affluent parts of the country, research shows.

Gambling venues are concentrated in the most deprived areas of Britain, against the wishes of people who live nearby, according to a report commissioned by the Standard Life Foundation charity. “Those with the least resources are being targeted more,” the report says.

Analysis of the geography of bookmakers, amusement arcades and bingo halls by academics at the University of Bristol found there are more than 10,000 gambling venues in Britain, higher than the number of supermarket sites.

Glasgow had the most betting shops, one for every 3,264 people, with Liverpool, poorer parts of London and Middlesbrough not far behind.

The report also raised concerns that half of the 348 gambling treatment services mapped by researchers were within five minutes’ walk of a gambling premises.

Local authorities should have greater powers to prevent gambling venues from opening up, the report said, pointing to a YouGov survey from 2018 showing that 73% of people would not want a gambling venue on their “ideal high street”.

Carolyn Harris, who chairs a cross-party group of MPs examining gambling harm, said: “It’s targeting the most vulnerable in society, both economically and those who may have a problem.

“It’s a testament to what we’ve always said, which is that the industry puts profit before people. It’s not unexpected but it’s disturbing.”

The report reignites concerns about “clustering” by gambling companies, which have previously been accused of opening multiple shops in the same area to squeeze in more fixed-odds betting terminals (FOBTs).

FOBTs were curbed in 2020 amid public outcry, with the maximum stake on the machines, which were linked to high rates of addiction, reduced from £100 to £2 in 2019.

The new report found the correlation with deprivation was strongest for bingo halls, followed by “family entertainment centres”, typically found in coastal towns that are statistically more likely to suffer economic deprivation, and amusement arcades.

The report found that bookmakers showed a weaker correlation but that it was still “statistically significant”.

Land-based gambling, as opposed to online, still accounts for about 44% of the £10.2bn of gamblers’ losses in Britain every year. Research published earlier this year showed a similar correlation between poverty and online gambling.

“Today’s report highlights that those living in poorer areas are more likely to be living next to gambling premises. Those with the least resources are being targeted more, with twice as many gambling venues on their doorstep as supermarkets.

“If we are to truly level up, the new gambling reforms currently being considered must take into account the geography of gambling venues and give local authorities more control over licensing.”

“Betting shops alone employ around 46,000 people across the country, pay £1bn in tax to the Treasury as well as £60m in business rates for local councils, while casinos employ 11,000 staff and pay £500m a year in tax.

“These facts may be inconvenient for anti-gambling prohibitionists, but they demonstrate the huge economic contribution our members make to the country, which will be so important as we emerge from the pandemic.”

Thinktanks, however, have previously highlighted the costs to the economy associated with gambling. A report by the Social Market Foundation claimed that tougher regulation to prevent gambling disorder would boost the economy, while the Institute for Public Policy Research has estimated the economic cost of gambling addiction at up to £1.2bn per year.