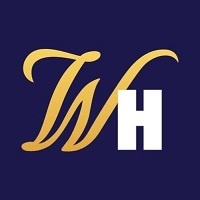 It wasn’t too long ago that William Hill’s American holdings were purchased by Caesars Entertainment. That deal left the company’s non-US assets up in the air, but perhaps not for much longer.

888 has confirmed that they are in “advanced” discussion with Caesars about purchasing what’s left of William Hill’s properties not in the US. However, they are facing competition from Apollo Global Management and CVC Capital Partners.

Caesars stated in May of this year that would sell off the non-US assets of the company over the summer and hoped to locate a buyer within a year. Their CEO, Tom Reeg, also stated that the company has had “…not had a moment’s pause in terms of selling the non-US business.”

A representative from Caesars also said that despite the talks, there is no guarantee that a sale will take place.

Daniel Negreanu Only Wants to Run it Once vs Sammy Farha #shorts
Bad Symbols PAY MORE on $40 BONUS!
I’ve NEVER seen a BONUS like this!!! JACKPOT on BCSlots Cruise!!
Major MISTAKES in Blackjack! (Fix these)
✈️ Flying into JACKPOTS between PALMS & YAAMAVA’ Casinos!