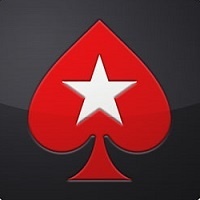 In a dispute with root tied to Black Friday, the long and bitter PokerStars Kentucky fight has finally come to an end.

This battle has been slowly simmering for a decade, beginning after the passage of the UIGEA, and escalating with the events of April, 2011, when the US Department of Justice seized the domains of the major online poker rooms.

The state of Kentucky alleged that PokerStars offered “illegal gambling to state residents between 2007 and 2011. As a result, the state imposed a fine on the company of $290 million to Amaya Gaming, who were then the owners of the sight. Then the fight was on.

In the process of fighting the fine, Kentucky thought it would be cute to increase the damages to $870 million, which Amaya and PokerStars appealed to the state’s highest court.

In the meantime, PokerStars was purchased by Flutter and the fight found it’s way to the Kentucky Supreme Court. In a 4-3 decision, the court upheld the fine and added ‘damages’, bringing the total fine owed by PokerStars to a staggering $1.3 billion (with interest).

However, PokerStars and Flutter continued to battle until the matter was set to go before the US Supreme Court. That’s when both parties agreed to settle the matter for a mere $300 million, which is right back where they started.

In a public statement about the PokerStars Kentucky dispute, a Flutter representative said: “The group strongly believes that this agreement is in the best interests of Flutter shareholders. The group now considers the matter closed.”