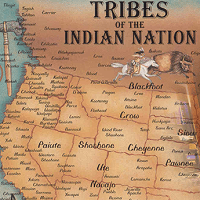 We have some interesting gambling news to cover this week, and it’s all about how Tribal Gaming could help with the expansion of online gambling in America! And it all stems from a highly contested agreement between the state of Florida and the Seminole Tribe. Now, even Congressmen from New York and California are getting involved, and a new Federal bill could change the whole internet gambling industry in the US!

Hello friends! Thanks so much for joining me on another edition of This Week in Gambling, where we have a fascinating show for you discussing how tribal gaming (along with sports betting in Florida) could lead to expanded online gambling in America, and that is this week’s big story.

Back in May the state of Florida reached an agreement with the Seminole Tribe which would allow them to offer mobile sports betting to residents there. And if you understand mobile gambling, then you also understand mobile gambling is online gambling. But what makes this deal so significant is that the Seminoles will be able to accept bets from anyone located anywhere in the state of Florida… even if they’re not on Tribal property… so long as the game servers are located on tribal property.

This has led to a federal lawsuit and at least two ballot initiatives aimed at stopping this agreement before it ever goes into effect. However, this week the federal government refused to block the deal, meaning that by default they approved it! If all goes well, Floridians could be placing mobile and online sports bets as early as mid-October… but what are the odds that all is going to go well, right? And while we wait to find out what happens with the lawsuit and the legal challenges, there are some in the US Congress that are getting involved.

Representatives from California and New York are working on bipartisan legislation to “remove federal barriers” that would allow Tribal Gaming to offer online gambling within state borders… so long as the state and the tribe reach an agreement. Sound familiar? I thought it might. What makes this bill so important is that (just like in Florida) it allows Tribal Gaming to accept bets from players located anywhere within a state’s borders, so long as the gaming servers are physically located on tribal land. And that, my friends, is a very big deal.

For years there’s been this ongoing debate about where an online bet legally takes place. Is it where the player is located? Is it where the casino is located? Or is it where the servers are located? This bill would put an end to that ambiguity once and for all by legally defining that an online bet takes place on the server. This bill throws open the door for tribal gaming to accept bets from anyone within a state… possibly even from anyone within the country. And who knows, maybe even beyond that!Fundamentally changing online gambling in America.

Admittedly, there’s probably still a long fight ahead of us in the state of Florida. And admittedly, this Federal bill probably won’t be passing anytime soon. That’s just the way politics works in this country. However, it is still a step in the right direction, and that direction is bringing more online gambling to more people in more states.

This week we have two new game reviews to share with you, and they’re both Arabian themed! First up it’s the Ali Baba’s Riches from GameArt, a cascading real game with 30 pay lines which features a bonus round and bonus spins, plus wild and scatter symbols. Next it’s the 10,000 Wishes online slot from Microgaming, with five reels and 10 paylines, it comes with Mega symbols, multiple jackpots, and a wheel bonus! Both reviews and hundreds more are live right now on our YouTube channel.

Read more about online gambling in America on our website.