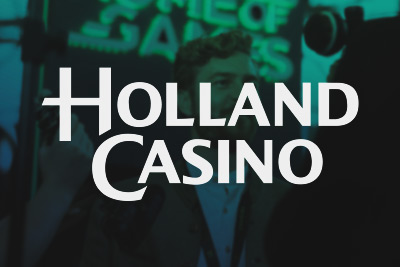 In an announcement that felt more like a natural progression than a surprise development – Greentube, the Interactive division of NOVOMATIC announced on Wednesday that it will take its games live in the Dutch market with Holland Casino.

Players in the Netherlands have had access to NOVO games for a long time at Holland Casinos’ land-based venues. Now they can play the same games online in a well-regulated market.

The Dutch regulated market opened on 1 October 2021, with the granting of 10 remote gaming licenses. Holland Casino has long-held rights to offer gambling services at its land-based casinos in the Netherlands and prior to 2017 was a state-owned gambling monopoly prior to the company’s sale and privatization that was guided by the Dutch Ministry of Security and Justice beginning in 2015.

Greentube first launched as Dürrschmid&Reisinger; OEG of Austria in 1998 and took on a variation of its current name in 2000. The company was acquired by NOVOMATIC subsidiary Astra Games in 2011. That history has enabled Greentube to build an impressive portfolio of games over the years – most simply known as NOVOMATIC titles in land casinos, but in reality, emanating from the original developments, Astra Games, and of course, also NOVOMATIC proper land-based titles.

Holland Casino’s Jeroen Verkroost (Digital Transformation Director), said: “Dutch players have long relished the opportunity to play their favourite games online in a safe, controlled and secure environment. By offering them classic slots including Book of Ra and Sizzling Hot as well as a wide selection of popular AWP titles, we are sure that this partnership with Greentube will mark the latest chapter in our long history of success with NOVOMATIC.”

Markus Antl, Head of Sales at Greentube, added: “We are happy to team up together with NOVOMATIC’s long-term partner Holland Casino and go live in the Netherlands, which is a market we see holding plenty of potential. This is definitely a milestone for us and we are looking forward to a successful partnership.”

Online gambling regulation in Holland did not come about easily, in part held up for years by privatization issues. When the market finally opened on October 1, 2021, none of the ten new license holders were able to launch right away while technical problems were worked out with the Centraal Register Uitsluiting Kansspelen (Cruks) self-exclusion system. After a 3-day delay, Holland Casino was finally able to go live.

In addition to Holland Casino, the Dutch Lottery (Toto) which is also partially owned by the government and two other local operators were able to open their virtual doors for business – Fairplay and BetCity.