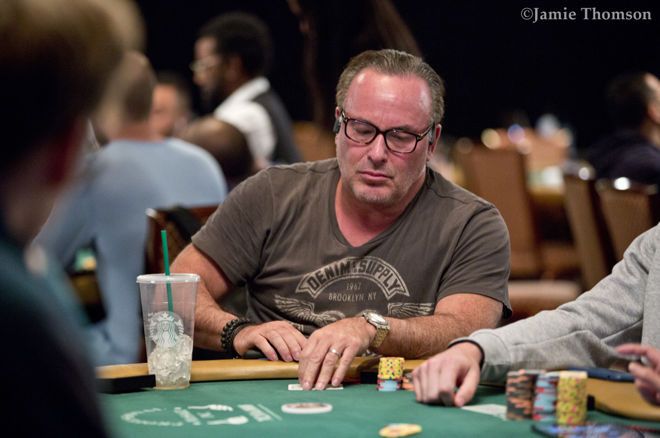 Early on at the final table, George “gkon86” Konstantoulakis ran a bluff but got snapped off by Robert “LuckyLuch11” Aronowitz, and then Leib won a big pot with ace-queen against the pocket nines of “MMenz08816” and eights of “Vinnyj88”, who bowed out in eighth and seventh place respectively.

“Diaper_money” exited out in sixth place when their ace-ten was outdrawn on the river by the queen-jack of Aronowitz, and then Michael “helionic” Dyer, who finished third in the 2018 WSOP Main Event for $3.75 million, ran ace-nine into Leib’s Big Slick to fall in fifth place.

Dan “oiltrader513” Shak exited in fourth place when his ace-six suited failed to overcome the pocket sevens of Leib, and then Aronowitz saw his queen-six hold against queen-four to dispatch Richard “3ofspade” Bruner in third place.

Heads-up play began with the final two players dead even in chips, but a set-over-two-pair hand benefitting Leib gave him a monster lead. Not long after, Aronowitz, a social studies teacher from New York playing from Borgata in Atlantic City, committed his short stack with a gutshot straight draw but failed to get there against middle pair.