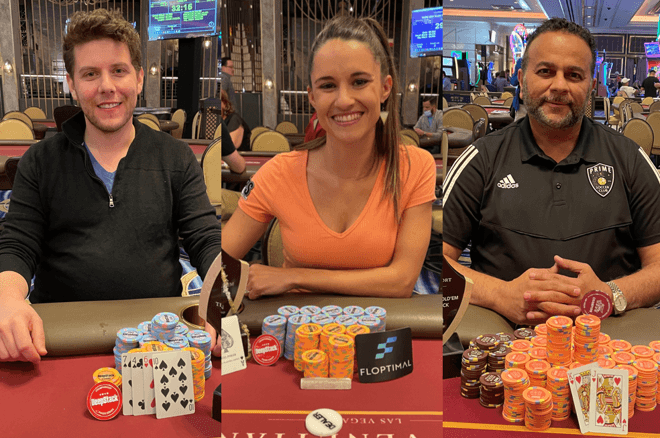 Since the beginning of May, Venetian Las Vegas has played host to the DeepStack Championship Poker Series, which will run through August 1 and offer more than $15 million in guaranteed prize pools.

Thus far through approximately 95 events in the 121-event series, over 30,000 entrants have participated and nearly $26 million in prize money has been awarded.

Below is a look at some other winners who’ve made headlines over the past couple of weeks.

In late June, Event #78: $600 NLH MonsterStack attracted 358 runners, which surpassed the $100K guarantee by creating a $182,580 prize pool. Seif made his way to the final table and wound up besting Ryan Dodd in heads-up play to claim the title and $41,991. It marked the first major win for Seif in more than 15 years since he captured two gold bracelets at the 2005 World Series of Poker.

Seif once again found himself at the final table and he posted the following to social media:

“I’m trying to do something pretty similar to what I did 16 years ago. In June 2005, I was fortunate enough to win back-to-back World Series of Poker bracelets. There’s still a long way to go but if I win this event at the Venetian DeepStacks Championship Poker Series, I’ll have won bac- to-back DCPS titles as well. I received an email this morning from a poker historian that tells me no one has ever won back-to-back WSOP titles and back-to-back DCPS titles”

Well, Seif managed to make history as he once again closed it out, this time for a much heftier $193,416.

In late June, the two-day Event #74: $500 NLH LIPS tournament played out. The ladies event attracted 110 runners and offered up a $47,300 prize pool to the top dozen players. Among those to cash but fall short of the final table were Shannan Weeks, Jacqueline Pennington, and Lily Torrence, who finished 10th-12th respectively for $993 each.

The tournament came down to two well-known players in the community in Ruth Hall and Ashley Sleeth, the latter being the significant other of 2012 WSOP Main Event runner-up Jesse Sylvia. Sleeth ultimately prevailed and captured a $14,190 top prize.

Here’s a look at all those who’ve captured title thus far: