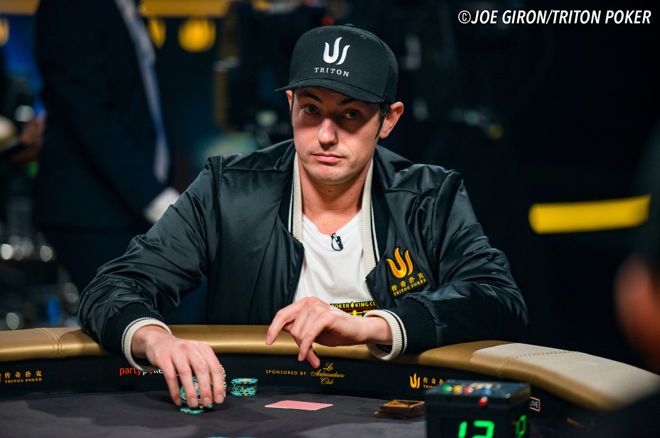 In 2019, 27 amateurs and 27 of the world’s best pros competed in the biggest buy-in event in history. Now, the Triton Million – A Helping Hand for Charity poker tournament is being released as a 10-episode series on Triton Poker’s YouTube Channel.

A total of 54 players stumped up the seven-figure entry fee with £50,000 of each buy-in going to benefit 15 different charities. As a result, this saw £2.7 million going to a plethora of good causes as well as generating a staggering £54 million ($73,993,800) pound prize pool.

Here’s a look at five of either the biggest or most interesting hands from the first episode, which can be viewed in full below.

The event couldn’t have gone any worse for Tom Dwan, and here he is losing his first big pot of the day against Vivek Rajkumar.

from the small blind, and Elton Tsang four-bet to 100,000 from the big blind holding

. Both Dwan and Rajkumar called.

An all-action flop of

hit the middle of the table, and all three players checked. The

on the turn handed Rajkumar the flush, and he bet 210,000 into the 303,000 pot. Despite holding the nut flush draw, Tsang got out of the way, but Dwan came along for the ride with his top pair, top kicker.

landed on the river to give Dwan two-pair, but he folded after Rajkumar bet 350,000.

If you ever wondered what would happen if you saw aces versus kings in a £1m buy-in event – you’re about to find out.

on the turn, Zhang slowed down with a check and called when Phua bet 180,000.

ended the action on the river, and both players checked it down with the meaty pot going the way of Zhang, who would end the episode as the chip leader.

With three final table appearances in seven-figure buy-in events on his resume, Rick Salomon planned an extended stay in London.

It didn’t work out that way.

Salomon got it in on a flop of

for all the draws in the world, and Andrew Pantling played the role of the vanquisher with

for the top set. The draws stayed in the deck, and Salomon became the first player eliminated from the event in the first level.

Hand #4: Another Loss For Dwan

, and that brought Timothy Adams into the action from the big blind holding

hit the baize, and he was the first to bet, making it 4,000 to play. Tsang check-raised to 10,000 with the flush draw, Adams folded and Dwan paid to see fourth-street.

Tsang hit his flush on the turn when the

to give Dwan a two-pair hand, but the 37,500 bet from Tsang was enough to see Dwan’s hand enter the muck.

Hand #5: Dwan Out Versus Kuznetsov

In the build-up to the event, Timofey Kuznetsov waxed lyrical about the good old days when he used to rail the legend that is Dwan. The Russian ended the first episode with his scalp.

Dwan made it 9,000 to play from early position and

from the button, Igor Kurganov also called with a pair of deuces from the small blind before Kuznetsov squeezed out a raise from the big blind, making it 52,500 to play with

The flop was a fiery one with the

Dwan had nine outs to save his tournament life.

were part of the rescue package, and Dwan became the first professional to leave the tournament, also in the first level.

Coverage of the £1,050 Triton Million Charity event continues at – million.triton-series.com.