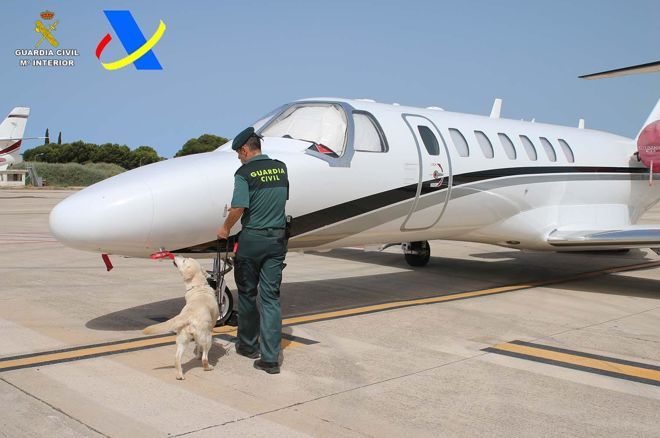 After flying in on a private plane from Las Vegas to Ibiza, a 33-year old professional poker player has been detained after local authorities discovered over ten different types of drugs in a suitcase, according to Periódico de Ibiza y Formentera.

An article on Poker-Red mentions that the person detained is Italian/American high-stakes poker player Salman Behbehani. Authorities have not confirmed whether Behbehani is the person in question.

The poker player was arrested by the Guardia Civil and currently sits in custody, without the possibility of bail as reported by Periódico de Ibiza y Formentera.

The bust happened last Friday at 03:00 when the private plane landed in Ibiza. Through a scanner, local authorities discovered small containers as well as organic substances in a suitcase.

After searching the suitcase, the authorities discovered over 1.5 kilos of narcotic substances such as Tubici, also known as pink cocaine or ‘Elite Drug’ due to its high price tag, cocaine, hash, and various other drugs.

According to the report, the contents of the suitcase were:

If Behbehani is the culprit, as Poker-Red claims, it would be a shocking turn of events for the acclaimed high-stakes pro. Having multiple six-figure cashes to his name, Behbehani sports over $3.3M in lifetime winnings according to The Hendon Mob, including second-and third-place finishes at World Series of Poker bracelet events.

Behbehani has also played and cashed at some of the highest stakes available, with his poker resume including a deep run in the 2016 WCOOP $102,000 Super High Roller where he finished in third place for $560,000.

PokerNews will keep monitoring the situation as it develops.