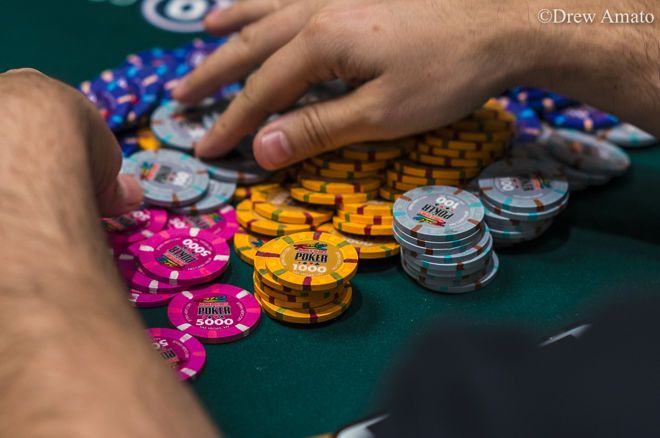 There’s a host of differences in the 2021 World Series of Poker but one change that will please many poker players is the return of traditional freezeout tournaments.

No longer is the Main Event the only pure freezeout at the WSOP as beginning October 6, every popular buy-in level from $500 to $5,000 will offer a true freezeout.

As well as the return of named freezeout tournaments, all Super Turbo Bounty Events, the $1,500 Monster Stack and $1,000 Mini Main Event will also operate under the old school format.

Use this article as your go to to find out all the freezeout related information as the series progresses.

The first freezeout that kicks off the WSOP’s single entry events gets underway in the first week of the series. Daniel Park, the 2019 reigning champion, walked away with the $226,243 first place prize two years ago.

Those who wish to play this event will need to make sure they have registered for the tournament by level 12 as this is when the late registration period ends. As it is a super turbo event, blinds will rapidly increase every 20 minutes and the tournament will play out to a winner from the get go. This event is an ideal choice for those who will be in Vegas for a limited period of time when the WSOP is on.

If a player is successful in busting an opponent, they will receive $300 for each elimination and players will be able to claim these prizes from 5 p.m.

As already mentioned, any tournament with freezeout in the event name is a new addition to the 2021 WSOP. Players in this will receive a 40,000 chip stack with blinds beginning at 100-200 with a big blind ante from the start.

The first traditional freezeout is a three-day event, getting underway at 11 a.m. on October 6. To make Day 2, players will have to survive 17 x 40 minutes levels and those who progress to the next day will compete for a further 10 x 60 minute levels. The final day will play down to its conclusion and again will operate under 60-minute levels.

Another affordable freezeout event begins just as the second week of the series comes to an end. Unlike the $3K event, all levels are 30 minutes and the starting stack is 20,000 instead.

Day 1 will last 22 levels, with a big blind ante from level 1, with Day 2 kicking off at noon the following day where the tournament will play down to a winner.

The $1,500 Monster Stack is one of the most popular events at the series, with the last Monster Stack attracting 6,035 entries which created an $8,147,250 total prize pool. Kainalu McCue-Unciano turned his $1,500 into a $1,008,850 payday after his triumph in the same event in 2019, so it is an tournament where someone with a modest bankroll can walk away with life changing riches.

The Monster Stack is a major test of endurance too, with the event lasting five days. There are two starting flights which kick off on the above dates. Day 2 and 3 will both last ten levels, with both days beginning at 10 a.m. on October 17 and 18 respectively. The fourth day of Monster Stack fun will see the field whittled down to a final five, then on the following day the winner will be crowned.

The least expensive freezeout of the series will no doubt attract a hefty player pool, it also follows the same structure as the $1k event.

The second Super Turbo Bounty tournament has a slightly higher buy-in than the one that kicks off the freezeout events. For the extra $500, players will receive an increased starting stack of 25,000 whilst knocking out another player will earn you $500 per bust out.

Like the prior Super Turbo Event, the tournament will all be wrapped up in one day.

Read More: What Will Be Different About the WSOP 2021?

Like the $3K freezeout, the $2,500 event is a three day tournament where the first day will play out 17 levels, the second a further ten and then play ends once the winner has been determined on Day 3.

Day 1 levels will be 40 minutes in length with Day 2 and 3 levels increasing to 60 minutes.

The highest buy-in event of the freezeout schedule is also a multi-day tournament. Those who decide to play will get a 50,000 starting stack and will have to make it through 15 x 40 minute levels on the first day. Day 2 and 3 will also use the 40 minute blind level structure.

Poker players who have aspirations of playing the WSOP Main Event can get a taste of what to expect without breaking the bank by playing the Mini Main Event.

Whilst winning this event won’t likely make you a millionaire, the last Mini Main Event saw Jeremy Saderne be the beneficiary of the $628,654 payday that came with being the last person standing. Again, expect a huge turnout for this event as the last iteration saw 5,521 players compete for a share of the $4.97 million up for grabs.

For those that want to participate, make sure to have registered the event by the time level 12 ends as that is when late registration closes. Day 1 breaks after 22 levels with Day 2, as usual, playing down to the final five with the winner being determined the day after.

The final event of the freezeout series follows the same format of that of the $2,500 and $3,000 events. Just remember to get registered by level nine to guarantee your seat.

The last Super Turbo Bounty event is one for the high rollers with it’s five-figure buy-in. It is also the only one that is a multi day event.

Bounties in this will net a player an additional $3,000 per elimination and these can be redeemed after 8:30 p.m. on Day 1. The first day will play down to the final five with the conclusion of the event happening on November 16. Late registration for the event also ends after the twelfth level.