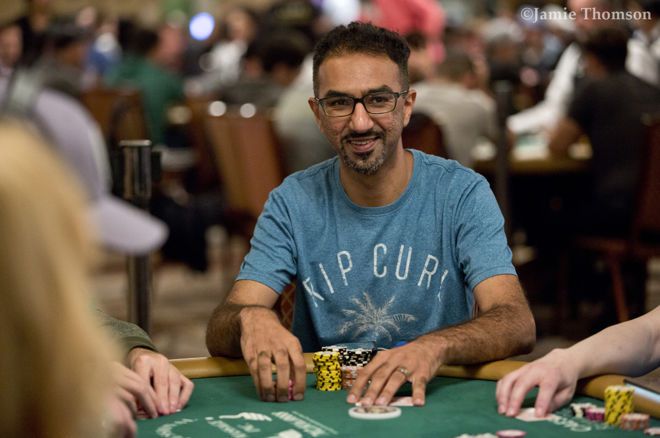 Jaka had started the final table in the chip lead ahead of Martynenko, with both players subsequently ending up as the final two. Heads-up play lasted one hand, with Martynenko clinching victory and Jaka having to settle for second place. This was Jaka’s best WSOP result since a third-place finish at the 2009 WSOP.

Two-time WSOP Gold Bracelet winner Anson Tsang was the unfortunate final table bubble, before Lofberg became the first final table casualty at the hands of Nir “NIRUSHHH” Amar. Next to go was Peter “MrDagobert” Traply whose pocket queens were bested by Kosk’s pocket tens who made a full house on the turn.

Amar was unable to better his third-place finish in Event #28: $2,100 Bounty Championship No-Limit Hold’em on Wednesday busting out in sixth. Stanislav Kuvaev then eliminated Kosk in fifth place with his ace-king holding versus Kosk ten-nine. The table became three-handed shortly after as Lehner was ousted by Jaka who rivered a straight.

It was a war of attrition when it got to the final three players, but it would be Kuvaev who got the bronze medal finish after calling Jaka’s all-in. Kuvaev was unable to hit his one over card against Jaka’s pocket tens.

Heads up play was all over after the first hand, Martynenko went all-in after Jaka raised preflop and was called. Martynenko with ace-seven offsuit was ahead of Jaka’s ace-six, the Ukranian poker player paired his seven on the flop and had a clean run out to pick up his first WSOP Gold Bracelet.

That wraps up the PokerNews updates for this event but the final week of the international 2021 WSOP Online Bracelet Events will be as busy as it gets with another six WSOP gold bracelet winners to be crowned.