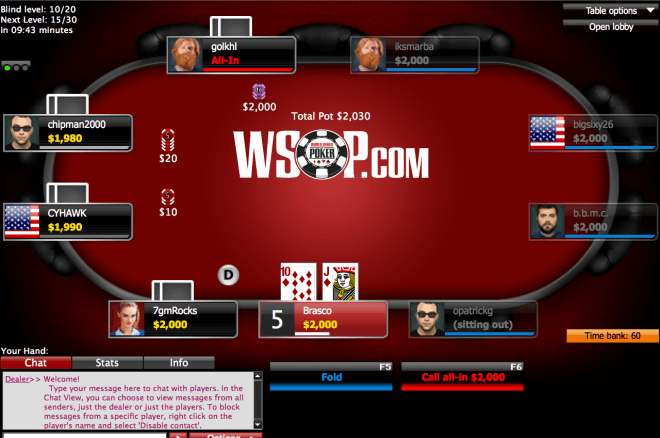 The World Series of Poker have announced that WSOP.com will be launched in Pennsylvania later this month, offering players in the Keystone State the opportunity to play on the network for the very first time.

Having already been hinted at back in May, WSOP.com PA site will launch on July 12, with players required to create a separate account for WSOP.com PA once live.

Shared Liquidity Between States on WSOP.com

Currently, WSOP.com is available in Nevada, New Jersey and Delaware, and while players in Pennsylvania will not be able to join the Multi-State Internet Gaming Agreement (MSIGA) currently in operation between these three states just yet, it remains a distinct possibility.

Some have even speculated that it may be in effect by the end of 2021.

Related: Is US Poker on the Brink of Shared Liquidity Between States?

The site now offers players from all three states the chance to win WSOP bracelets, play in WSOP satellites and receive up to 32% rake back.

With the site’s expansion into a fourth state, WSOP.com will go up against PokerStars and BetMGM/Borgata in Pennsylvania, offering players an increased choice of poker sites to play on.

After legalizing online poker back in 2017, PokerStars launched in Pennsylvania in November 2019, and enjoyed a monopoly over online poker traffic for almost two years.

In 2021, they were joined by BetMGM and Borgata, sharing the same player pool under different skins as part of the partypoker US Network

How to Play on WSOP.com in Pennsylvania

With the site set to be launched on July 12, more details on how to play on WSOP.com PA will be released by the World Series of Poker shortly. Stay tuned to their official Twitter account for more details.

For players wanting to play in the WSOP 2021, satellites have already been running on WSOP.com in Nevada and New Jersey, so it remains a possibility that these will also launch on WSOP.com PA. Weekly $215 qualifiers have been awarding $10,000 WSOP Main Event seats, as well as $160 All-In Satellites that are capped at 64 entries, guaranteeing one player a Main Event seat.

The announcement already hinted at the new site offering the best sign up offer, the largest guarantees as well as a new WSOP.com poker client, but details of any sign up bonuses and deposit offers have not yet been released.