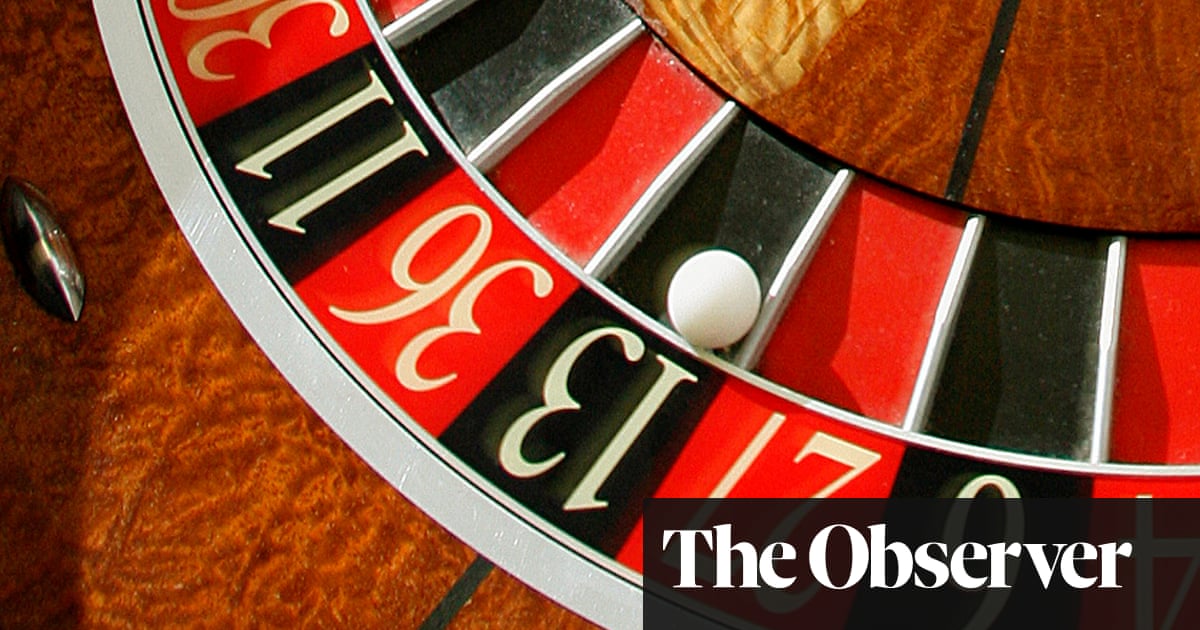 Fifteen years ago, when the UK government was finalising the legislation that shaped the modern gambling industry, moral panic about planned “supercasinos” meant the idea was ultimately consigned to the scrapheap. Plans for up to 40 were whittled down to eight, then again to just one in Manchester, before Gordon Brown caved in to media pressure – shrewdly harnessed by the Tories – and abandoned the idea altogether.

The flurry of gambling company results due out this week will show how the spotlight shone in the wrong place. Smartphones hit the market at roughly the same time as the 2005 Gambling Act came into force. We now live in a society where everyone has a 24-hour casino in their pocket.

Entain, owner of Ladbrokes; Flutter, which owns Paddy Power; and Gamesys, the firm behind Virgin Games and other brands, all have financial results out over the next few days. Investors will be watching to see whether a pick-up in online casino play during the pandemic, when betting shops and bricks-and-mortar casinos were shut, has endured or even accelerated. But the UK isn’t really where the big action is.

For Entain and Flutter in particular, America is where it’s at. Since the supreme court overturned a ban on sports betting, the market has been opening up state by state. Tens of billions are being spent as firms jockey for a leading position in a market that looks like it could be even more lucrative than anyone thought.

The market research firm Ibis World thinks US sports betting could be worth $55bn (£40bn) a year, about 17 times the size of the UK market.

How Entain and Flutter are faring in that race will be interesting. Both have launched major tie-ups with US partners but it’s the nature of the relationship between Entain and its American buddies MGM Resorts that will garner most attention.

In January, Entain knocked back an £8bn takeover bid from MGM, which decided it would rather own the spoils from their joint venture, BetMGM, than share them. Faced with short shrift from the Entain board and investors, MGM walked away, starting the clock on a six-month period during which takeover rules prevented it from having another tilt.

The moratorium expired in mid-July and Entain’s share price since then suggests the board was right to send the American suitor back across the Atlantic with a flea in its ear. Entain’s stock market value has soared to more than £11bn, meaning MGM will have to dig deep if it means business. Shareholders, who have already seen the value of their investments rise thanks to the accelerated movement online during the pandemic, will be licking their lips.

The reason US firms are so keen on British betting companies is that the UK market is one of the world’s most mature, having grown rapidly in both size and complexity since that 2005 Gambling Act. They are willing to pay a premium for ready-made expertise, rather than develop it over years themselves and run the risk of getting it wrong. William Hill has already fallen, to MGM’s fellow Las Vegas casino operator Caesars Entertainment.

Interestingly, Caesars has no interest in UK bricks and mortar. It is keen to offload William Hill’s high street betting shops and last week sold its 11 British casinos for an undisclosed sum to the US hedge fund Silver Point.

Was that wise? Someone close to that deal told the Observer that Silver Point had snared an absolute bargain, grabbing the casinos at a knockdown price that means the deal is “in the money from day one”.

While the review of the 2005 Gambling Act is likely to crack down hard on online firms, smart money in the hedge-fund haven of Connecticut thinks MPs may even loosen ties on bricks-and-mortar casinos, allowing them to host more slot machines than ever. That would mark a curious reversal of the landscape shaped in 2005. We may be entering a world in which traditional casinos enjoy a boom era in the UK, while online betting is the main focus of regulators, the media and MPs. Meanwhile, the once prohibitionist US opens up at a rate of knots.

The roulette wheel keeps spinning but, as ever, the punters will be the only ones not making any money.