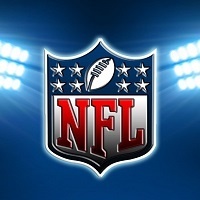 A record 45.2 million Americans (18%) plan to bet on NFL games this season, according to research released today by the American Gaming Association (AGA). Compared to last year, 36 percent more Americans will place a bet on the league’s games this season.

“Sports betting is more popular than ever among Americans, and the enthusiasm of bettors for the upcoming NFL season highlights the remarkable growth of the industry over the past three years,” said AGA President and CEO Bill Miller. “Importantly, when the 2021 NFL season begins, more than 111 million American adults will be able to wager safely with regulated sports books in their home states rather than with the predatory illegal market.”

AGA research also shows sports betting’s significant value to the league, with 37 percent of NFL fans planning to wager on this year’s NFL season, including nearly half (47%) of self-described avid NFL fans. Moreover, 44 percent of all Americans and 63 percent of NFL fans believe that in-venue sportsbooks will add entertainment value to attending sporting events in-person.

Along with the expansion of the legal market, increased fan enthusiasm will also drive NFL betting this year, as 25 percent of Americans say they are more excited about the upcoming season than previous seasons, up from 18 percent last year. Fans from the Northeast (21%) are most interested to bet on NFL games this year, followed by the West (18%), Midwest (17%) and South (15%).

“Fans are the heartbeat of professional sports, and leagues like the NFL are realizing the full potential of sports betting to drive fan engagement,” added Miller. “To capitalize on this tremendous opportunity, the NFL and its 32 teams must also realize their responsibility to educate fans and promote responsible gaming.”

💸 $50/Bet ↪ BONUS IN THE BONUS ↪ JACKPOT!! #shorts
The Sickest River Card Ever 😮 #Shorts
🔴 STACKING FOR THE WIN!! Blackjack with @Debbie Loves Slots #blackjack #lasvegas
The mathematics of gambling: how information theory changed blackjack and other games of chance
Five Blackjack Hands You Are Playing Wrong!