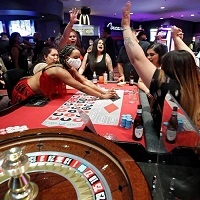 US gambling revenue can be tracked using the Commercial Gaming Revenue Tracker from the American Gaming Association’s (AGA). It features state-by-state and nationwide financial performance data with breakdowns for individual gaming verticals. The commercial gaming sector’s record-setting run continued into July as gaming revenue from traditional casino gaming, sports betting, and iGaming, reached $4.83 billion – surpassing May as the industry’s highest grossing month ever. Revenue was up 29.6 percent compared to the same month in 2019.

The return of summer leisure travel propelled US gambling revenue in July. The month also benefited from a favorable calendar, which included five weekends and the Fourth of July holiday. July also marked the first full month since the start of the pandemic in which casinos in all 25 commercial gaming states could operate at full capacity. Gaming revenue was up 6.5 percent as the industry once again outperformed the broader U.S. economy, which saw consumer spending slow to 0.3 percent.

July marked the fifth consecutive month of double-digit gaming revenue growth over 2019 – the industry’s strongest year to date. After the first seven months of 2021, commercial gaming revenue stands at $29.60 billion – nearly matching the $29.98 billion generated in all of 2020 and 17.4 percent ahead of the same period in 2019. At the state level, 19 out of 24 commercial gaming states (excl. Florida) are ahead of 2019 gaming revenue levels.

The four regional casino markets that track visitation (Illinois, Iowa, Louisiana, and Missouri) all reported their strongest visitation numbers since the start of the pandemic with casino admissions growing between nine and 16 percent over June. While visitation numbers are not yet back to pre-pandemic levels, lower visitation continues to be more than offset by increased spending by those who do visit casinos. In July, traditional casino gaming revenue per admission in the four markets was up between 21.4 and 38.2 percent from the same month in 2019.

Visitors are also returning to Las Vegas and Atlantic City. According to the Las Vegas Convention and Visitors Authority, 3.3 million people visited in July, down 10.4 percent from July 2019, but up 11.2 percent sequentially from June and the highest monthly visitation count since the pandemic began. Similarly, visitation statistics show that air passengers arriving in Atlantic City increased 13.3 percent from June, while Atlantic City Expressway toll transactions jumped 11.5 percent.

With all commercial casinos able to operate at full capacity, US gambling revenue from brick-and-mortar gaming generated $4.29 billion – an all-time monthly high – and represented the highest share of total gaming revenue in nearly a year. New single-month records were also set for both casino slot machine ($3.02B) and table game ($933.6M) verticals.

The limited summer sports calendar led to the lowest level of monthly sports betting activity so far this year with Americans legally wagering $2.42 billion. That is down -33.9 percent from June, but up 168.8 percent from July 2020. Nationwide, sports betting generated $228.2 million in revenue, more than tripling (221.7%) year-over-year.

Combined revenue from sports betting and iGaming accounted for 11.1 percent of all US gambling revenue in July, down from 13.8 percent in June and the lowest level since September 2020.