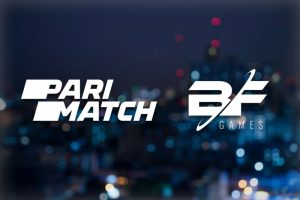 Online casino games development studio BF Games has significantly expanded its reach across multiple CIS markets through a recent partnership with Parimatch, a leading online gambling operator in the region.

After the successful completion of a direct integration, Parimatch’s players now have access to the supplier’s entire range of 64 titles, including classic online slots such as Book of Gods, Stunning Hot, Hot Classic, and Crystal Mania as well as new and innovative releases such as Cave of Fortune, Star Settler, and Stunning Cube.

BF Games’ content has initially been rolled out on Parimatch’s .com website and will later on become available in Belarus where the operator boasts a strong presence.

Parimatch is one of the leaders in the provision of online gaming and sports betting services in the CIS region. The company conducts activities in ten countries in that part of the world and enjoys an ever-growing gambling audience.

BF Games’ agreement with the operator will see it further expand its own footprint in that important and lucrative region with the launch of its products in several markets where these have already been offered across land-based venues and have garnered a big fan following.

Thrilled to Go Live with Parimatch

Of their latest important partnership, BF Games Head of Business Development Claudia Melcaru said that their games have been performing extremely well in the CIS region and that they are thrilled these are now available with Parimatch and its customers.

Ms. Melcaru went on to note that their portfolio offers games for all player preferences and demographics and that they look forward to reaching an even wider audience together with Parimatch.

Yury Filipchanka, Head of Online Casino at Parimatch Belarus, added that they are always looking to add new and fresh titles and that BF Games’ range offers “great diversity that has proven success in many of our core markets.”

He also noted that they are confident this partnership will allow them to strengthen their market position and further expand their client base. Mr. Filipchanka promised that there will be various initiatives with BF Games in the near future to attract more attention to the studio’s content and grow Parimatch’s player base even more.

This is the latest in a series of important partnerships announced by BF Games in recent months. In June, the provider strengthened its presence in Belgium’s regulated market through a partnership with local land-based and online casino operator Versailles Casino.

In May, the company bolstered its footing in Easter Europe thanks to a distribution deal with leading local aggregation platform Slotegrator.