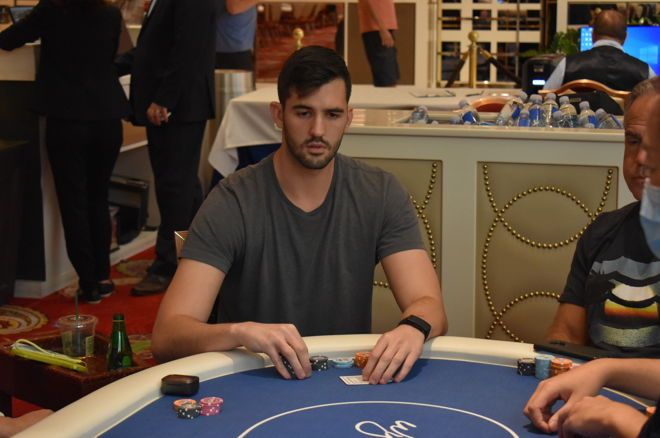 With lifetime earnings of $171,616 dating back just two years according to The Hendon Mob, he has amassed $163,465 over the last three months and has now added a top score of $253,800 to his total, along with a shiny new piece of WSOP hardware.

The tournament attracted some of the biggest names in poker but the tough field saw many of them fall by the wayside and after Jesse “Patient0” Yaginuma eliminated Craig “mrjanovich” Mason on the money bubble, the 30 remaining players started falling at a rapid pace.

The final table witnessed most players sitting fairly deep with Michael “BrockLesnar” Holtz holding over 40 big blinds when he bowed out in ninth place after four-bet jamming from the big blind with a pair of nines and was called by Jonathan “Art.Vandelay” Dokler holding a pair of rockets.

Dokler continued with his hot streak and dusted off Thomas “HavanaClub” Boivin in eighth place after he rivered a six to crack Boivin’s pocket threes.

John “Macallan25” Riordan was the next to fall after he lost a race with big slick against Alex “OrcinusOrca” Foxen holding a pair of sixes to fall in seventh place and then Foxen dropped Joshua “Zeal1906” Ray in sixth place after their ladies laid waste to his ace-queen.

Not long after, Martin “bathroomline” Zamani hit the elimination train when he jammed his stack into the middle holding ace-eight and was called by Yaginuma holding a king-nine. Zamani held the better hand but a king appeared in the window to send him out in fifth place.

With four players remaining the stacks were even and extremely deep, each player sat with roughly 40 big blinds. As levels were 20-minutes in length, many went by before Foxen started handing out doubles and lost the majority of his chips holding pocket sevens against Saliba’s pocket king. Foxen was left with only one big blind and Saliba delivered the final blow the very next hand sending him home fourth place.

Three-handed action saw Saliba hold a significant chip advantage and he made quick work of Yaginuma eliminating him in third place and Dokler took his exit in second place for $148,050 shortly after.